Columbia Loves a Buick, and So Does America! 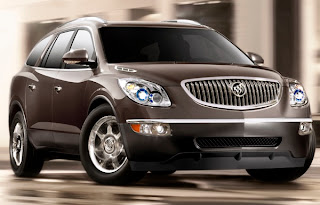 As the dust settles from the rebound year that was 2010, many manufacturers are releasing their end-of-the-year sales numbers.  With all the major brands reporting, we're thrilled to announce that the fastest-growing brand in the United States of America is Buick!

In 2009, Buick delivered 102,306 vehicles in the United States.  In 2010, following the launch of the all-new Buick LaCrosse in Columbia SC (up a staggering 112 percent in 2010 alone) and the revival of the Buick Regal in Columbia, and on the continued love shown by Columbia drivers to the Buick Enclave crossover SUV, a whopping 155,389 new Buicks found their homes--a boost of over 51 percent!

December saw Buick sales increasing 40 percent year-over-year, the fifteenth consecutive month of retail sales increases.  Many Columbia shoppers are drawn to the exciting new lineup, as about 41 percent of Buick buyers are coming from outside the General Motors family, and 27 percent from import brands.  Needless to say, the demand has kept Columbia Buick dealers busy for the past year, and you know that we look forward to an even stronger 2011 with the arrival of exciting new models like the Buick Regal GS, Buick LaCrosse with eAssist, and the all-new Buick Verano.  Stay tuned as these exciting new models will be arriving soon!
Posted by Jim Hudson Buick/GMC/Cadillac/Saab at 3:05 PM

Find Us Around the Net!